We launched the world’s most luxurious bespoke theatre company and put it centre stage.

Revels in Hand brings top-quality performances into the finest homes. Founders Lucy Eaton, Mel Fullbrook and Freddie Hutchins, wanted to launch their new concept to a targeted audience of high net worth individuals to drive bookings. But where to host the world’s most luxurious private theatre experience in a way that shows off the intimate, at-home concept?

We negotiated and secured an exclusive partnership with the Shangri-La Hotel, at The Shard, allowing us to host the ultimate, most intimate, press launch event in the hotel’s most luxurious £10,000-a-night signature suite. With champagne and canapés in hand, we specially targeted journalists at high profile national and luxury media titles and treated them to two Noël Coward performances set around the suite’s living room and bedroom.

The press launch formed part of a wider campaign which included an exclusive with The Telegraph plus a TV and radio drive.

In total, we secured more than 70 pieces of coverage across three months, made up of 33 broadcast opportunities including BBC Radio and Sky News plus six pieces of national online and print coverage such as a full page on p3 of Saturday’s The Guardian, The Times, The Financial Times – How to Spend It and The Telegraph. Luxury and niche titles also included Arts Journal, The Stage and Luxury Lifestyle Magazine online and APTN filmed a special TV feature which will air around the globe.

The coverage has resulted in numerous business leads (including one in the Bahamas – can the Munch team come please?) and special partnerships with luxury hotels to offer the ultimate ‘in room entertainment’. 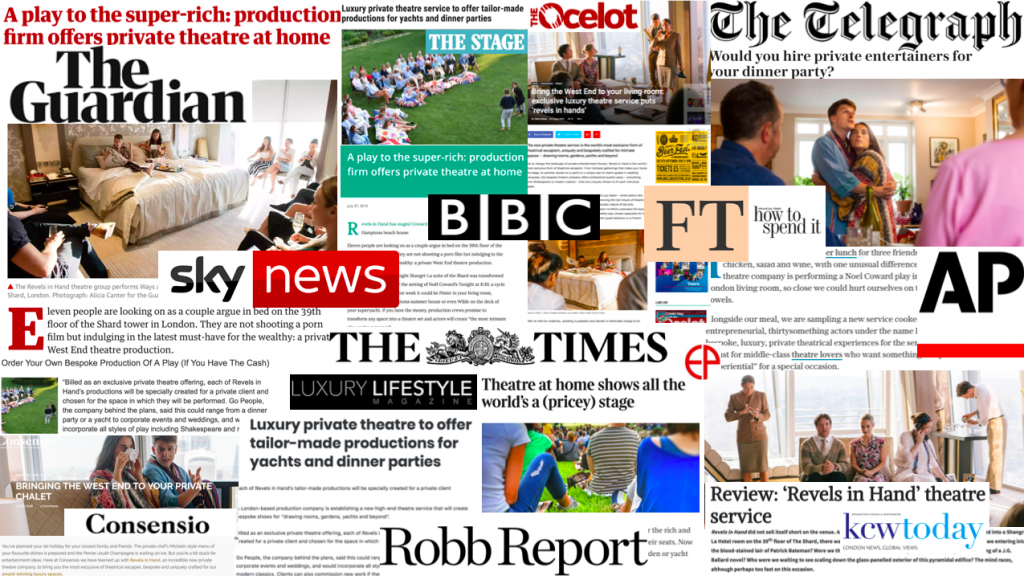