Umm, err, so… we helped speech app gweek to boost downloads by 1000%, helped the nation to love their voice and got people talking about the issue they were solving.

Speech intelligence company gweek was launching its consumer app, helping people to understand the components of speech and improve their speech confidence and delivery for all aspects of life.

The consumer tech company was looking for a PR campaign that connected with potential users of the app – i.e. anyone with a voice – to drive awareness and downloads.

To convert coverage to actual downloads, it was critical to connect emotionally with the end user. Our ‘Love Your Voice’ campaign identified that Brits are lacking speech confidence and encouraged the nation to find and master the secret power they hadn’t trained – the ability to speak with impact, for love, life and work. The most improved speaker would become the voice of gweek on the radio.

Our campaign started with ‘The Umm Report’ – an in-depth study and social experiment revealing that the UK is a nation of under confident speakers, littering sentences with pointless fillers like ‘umm’ ‘err’ and ‘so’ and directly impacting the way speaker is perceived.

Working with the author of The Art of Conversation, we took our story to media. It went everywhere. Coverage spanned nearly all national titles, eight in total, and included a full page in the Daily Express.

The campaign worked. In the first two hours of our launch the app received more downloads than the entire 24 hours before (where it was being promoted via traditional digital marketing). And we’re not done. Still to come includes CEO profiling, thought leadership and a regional campaign, plus the start of our press office. 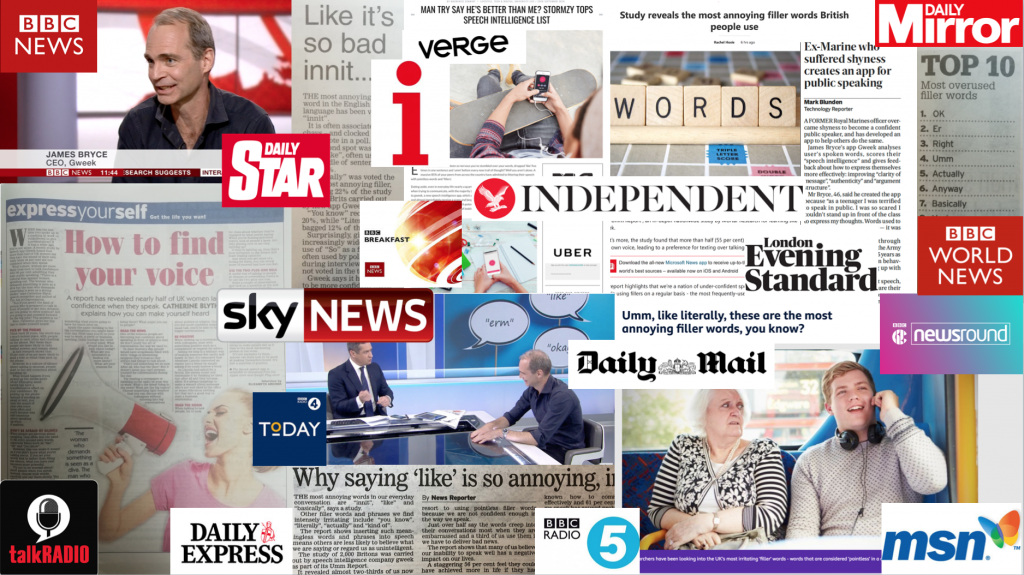