We launched this social star into the mainstream as ‘the next Rita Ora’.

Social media sensation Georgia Box was already famous online for her rewrites of male songs that gave the typically silent female character a new and empowered voice. She was about to drop her first official track I Don’t Want You Anymore and wanted plays and to get people talking.

With so much competition for space on the music scene and in national media, Georgia Box needed more than just a PR campaign, she needed a brand.

We conducted an in-depth competitor and white space analysis of Georgia’s passions and achievements compared with her pop star contemporaries, and discovered that Georgia had more Facebook fans that Anne-Marie and Raye combined.

Coupled with her girl power-esque cover song back catalogue and her surprising football skills and passion for the sport, we built a narrative for Georgia Box to excite media and help her stand out: The most famous pop star you’ve never heard of, with a huge online following for encouraging her young fans not to ‘fit the box’.

Armed with this we kicked off our single launch campaign which included attendance at relevant VIP events, media interviews, a single announcement and getting her track featured on key retail playlists.

We generated 33 pieces of top quality coverage; TV and radio interviews included Sky’s Whats Up TV, ITV News, talkRadio and national media included Mail Online, Metro and Yahoo, where Georgia was tipped to be ‘the next Rita Ora’. Our campaign helped Georgia chart on the mainstream music chart and land in at number 15 in the iTunes pop category. 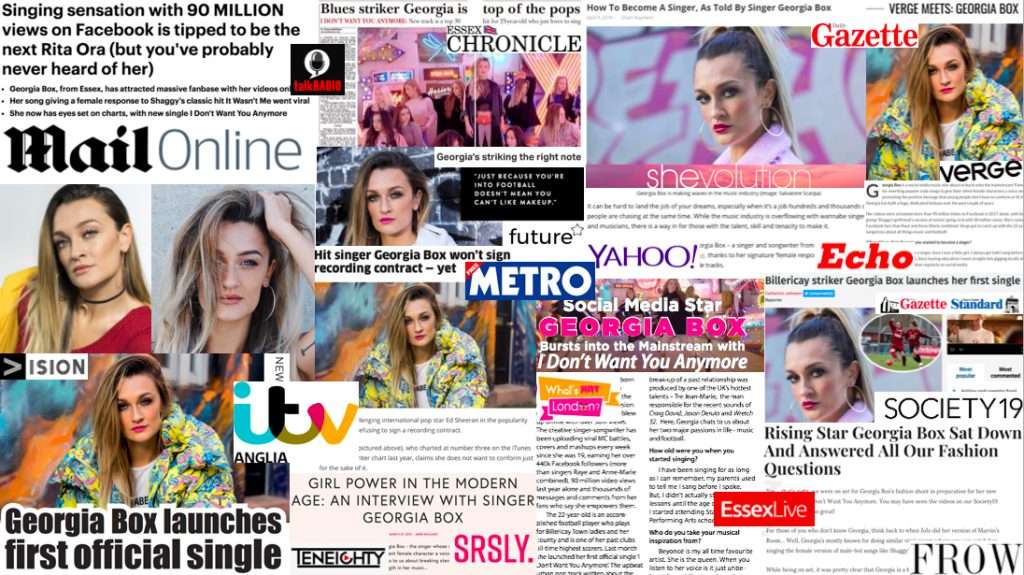