Made 'mindful drinking' a 2017 health trend that media are still talking about today.

Club Soda was launching its Club Soda Guide of venues across the City of London and Hackney that offered the best range of low and non-alcohol drinks. The startup wanted a few key pieces of coverage in high profile titles early January, at a time when everyone was talking about Dry Jan.

Took over 'Dry Jan' from the start of the new year

Using publicly available data, we built an argument that showed mindful drinking was a widespread trend across the UK.

Mindful drinking is still being described as a top 2017 health trend today, by titles such as Grazia, The Guardian, Get The Gloss and more! 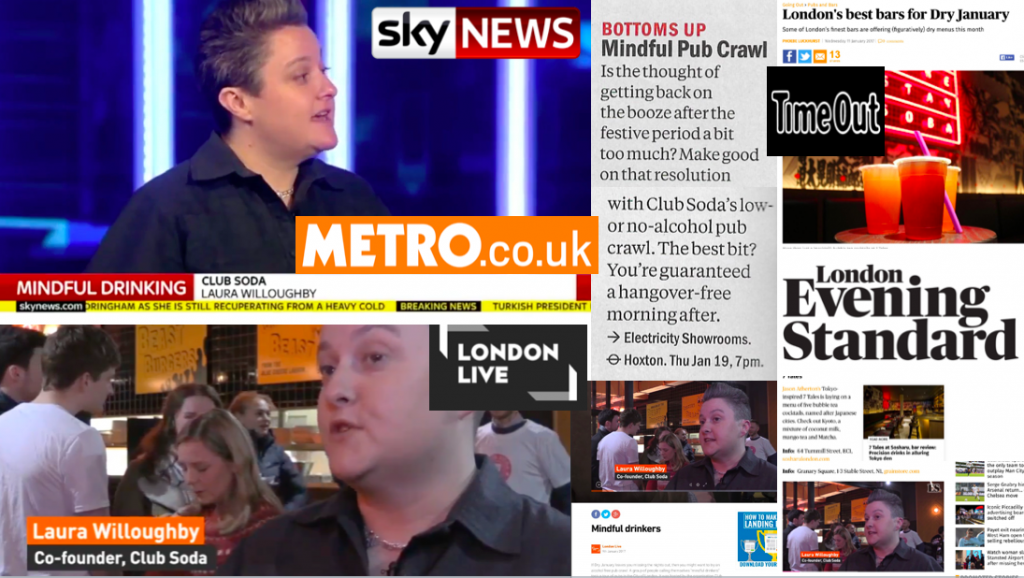